This was taken from my recent draft submittal for my satirical column in The Athenian. 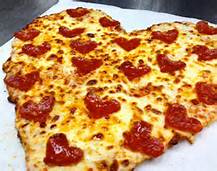 Valentine’s Day seems to render two distinctly different emotions: excitement or dread.  If you’ve got someone and you’re anxious for whatever surprises you’ll get or give, then you’re probably bubbling with excitement for the one day of the year that you might actually feel special.  (But, god forbid, if someone were to forget the date…)  Maybe the pressure to make the day special is too much for you and you’re contemplating breaking up with the other person on the 13th, then asking them back out the 15th.  I mean, why spend the money?
Ah, but maybe you have no one.  And here you are, trapped alone in the United States on this dreadful day full of sickeningly red, pink, and white hearts, flowers, cards, disgustingly sweet boxes of chocolates, fat cherubs, arrows, advertisements, heart-shaped pizzas, busy restaurants, and a take-out menu looming in the corner on your refrigerator.  Maybe you had someone and you thought it was going to last until this day.  Maybe you never had anyone and don’t know what it feels like to celebrate.  Well, not everyone has a Valentine’s Day full of chocolates, roses, and cheesy gifts.  I mean, do you really think all those men in countries where they take dozens of wives are really going to care about some fruitcake holiday?  Does anyone even know why it came to be or is it just another Hallmark event?
First, let me present to you a taste of global Valentine’s Day experiences: If people celebrate this day at all, they do it in even crazier, stranger ways than the States.  People in Wales don’t even honor Saint Valentine; they have their own patron of love.  In France, a ban by the government had to be put on the old tradition of walking across the street and matching up with random singles because the rejected women got too rowdy burning photos and other memorabilia of the men who rejected them.  In Denmark and Norway, men send out rhymes to women with their names signed as a series of dots instead of letters.  If the women can’t guess who it is, they owe him an egg at Easter.  If they guess it, he owes her an egg.  Gotta love them eggs.
The Asian cultures, though, many of them are crazy.  In Japan, it’s said that it’s the woman’s job to surprise the man – the one time of the year that it’s acceptable for affection to be displayed between them.  They give out different “levels” of chocolate, like “obligatory” chocolates that basically say “Here ya go, but I don’t particularly want to give you this”.  But what really gets me is those South Koreans.  They have completely taken the 14th of February to a new level.  Not only do they make traditions between couples, but also get-togethers with singles at restaurants where they eat black noodles in groups.  They have made an event day for EVERY SINGLE 14TH DAY OF EACH MONTH.  So Black Day, White Day, Kiss Day, Rose Day, Hug Day,… Talk about stressful; I’d just accept a heart-shaped pizza to myself and stay in the States.
But maybe that doesn’t make you feel any better, knowing how loony the world is.  Maybe you’re still lonely and you want to feel better.  Well, my friend, I have a great strategy: Go make your life awesome.  I’ll tell you how.  So let’s say you’re a college-aged girl and there’s this guy in your Calculus class that you just love SO much because he’s actually somewhat good-looking (for Case) and he totally can do all of your homework for you.  Well, because he goes to Case, I can guarantee he is well-connected to the Internet.  This is your window of opportunity, you just need to know how to use it.  The plan is to make yourself desirable to him and get him to ask you out on a V-Day (or Belated V-Day) date.
First, stalk him.  Check out all of his likes on Facebook and like them as well.  Scan through all of his photos to see what he does.  Check out his best friends.  Maybe follow them around some and watch what they do and monitor what they like to talk about.  Don’t forget Twitter, either.  Get SMS notifications sent to your phone when he tweets and pray there’s geo-locations attached.  If not, see if he has Instagram or watch when he uploads photos – they all have geo-tags now.  Make a Pinterest board of all the things you’re going to have to like now in order for him to like you and make another one for all of the things you need to forget to like that he doesn’t seem to like.  Watch all of the movies he likes, read the books he has read, and play the video games he plays.
Second, make yourself desirable.  Go on Facebook and make an account for a fake friend.  Add a bunch of hot people as his friends, but only guys.  Make sure it says on his status that he is single.  Upload a bunch of photos, mostly of ones you’re Photoshopped in with him having a crazy-awesome time.  Post on each other’s walls and share links to things that you think the guy you like might find interesting.  Have your friend comment on your posts with stuff like “oh, that’s dumb” and then retort with “Well, that’s why we’re not dating!  We just don’t like the same things.”  Make sure your crush sees your posts and clutter his feed.
If this doesn’t work, then hell…Just add your fake friend as your boyfriend and Photoshop pictures of you guys eating tubs of ice cream, heart-shaped pizzas, and boxes of chocolates together while cuddling with your cats and watching The Notebook.  I mean, whatever.  At least you’re not getting (or giving) an egg in a month.

little things and little thoughts that make up little me

I am really disappointed and frustrated with a lot of accounts with big followings. When this whole COVID bit broke out, I was stuck overseas. There was a lot of mixed messaging. Ireland was ahead of the UK in terms of putting rules and enforcement in place, but it was unclear when I first arrived. As time progressed and shops closed, we took to hiking the farm we were staying on, to climbing mountains and sea cliffs, to going to a beach only in the isolated areas where it was too cold and misty to linger anyway. So, I get it. Messages are mixed. Research is all over the place (MIT study found COVID can travel 27 feet, making the 6 foot distancing useless). I’m also personally struggling with my job and the need to be at hospitals as well as the demands to travel far distances. This weekend I have to deliver one of my goods shipments (I am half moving again) and it requires long driving hours. How to avoid hotspot areas? I will have to self-quarantine AGAIN. And in all of this, I have been running in a group. No, not what you’re thinking. I run over a PHONE call, running for time every other day or so. We send videos of workouts on off days and do them at a scheduled time, 1,000 miles away from each other. So I’m tired of people with “big IG clout” who live alone posting pictures of themselves they clearly had someone else take, sharing videos of hikes and runs with other people (and their pets), sharing guidance they clearly don’t follow. And I know it’s not the flu but I’ve always thought: Shouldn’t we act this way to protect others from seasonal flu as well? If the power is in our hands... And don’t worry — this photo is from pre-coronavirus. I would never go on a trail in these times. It’s not worth the risk, and I thank Ireland’s eventual crackdown for showing me how seriously THEY take the rules compared to the average citizen in this country, clout or no. . . . #covid19 #runnersofinstagram #running #puresw #azliving #visitaz #foryourmountain #fromwhereistand #sheexplores #sheadventures #shehikes #sheruns #nativewomenswilderness #nativewomenrunning #phoenix #practicewhatyoupreach #novalidationforhypocrisy #liveandlearn #adventurelust #socialdistancing

little things and little thoughts that make up little me

"If you talk to the animals they will talk with you and you will know each other. If you do not talk to them you will not know them and what you do not know, you will fear. What one fears, one destroys." - Chief Dan George

The greatest WordPress.com site in all the land!